ON February 17, 2012 in Coaching, Fundamentals & Skills, Motivate, Teach, The Game 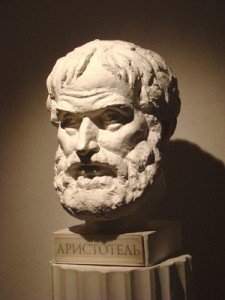 Daily Dozen: We become what we repeatedly do.

“We become what we repeatedly do.” – Aristotle

How important is teaching the fundamentals of the game? Fundamentals are the basis for all of your coaching. Pretty darned important.

I coached at the Division III level for forty years. At this level, my fundamentals development program was essential – my players needed to get better each practice, each day and each year.

I developed the Basic Daily Dozen Dribbling Drills and the Basic Daily Dozen Passing Drills. We did all these plus form shooting every day before practice. Repetition was the key. However, both then and now the truth remains the same – players must want to get better for themselves, regardless of what their coach or personal skill trainer tells them to do.

And that was my most compelling job – to get the players to want to do the drills – those endless, repetitive drills.

The power of self-motivated drill work was proven to me in a very personal way.

I started my son Jay on the Daily Dozen Drills when he was just 6 years old. He did them for years, even before he knew how to play the game.

One summer, I spoke at Coach Charlie Huggins’ camp, and I brought Jay along. I spoke at noon, and Jay wanted to play in the pick-up games that began that evening around 9:00 pm. Jay was a skinny high school freshman, 5 feet 4 inches and 125 pounds. His head accounted for half that weight. Even then he had averaged 19 points a game his freshman year in high school and thought he was a superstar. I tried to tell him that he wasn’t ready to play with the college players. I admired his courage, but doubted his intelligence.

Finally, at about 10:30 pm, after someone had called “last game,” Jay was picked to play. He took one shot and it was blocked; the ball was stolen from him twice and his team was beaten 10-2.

We headed home. Jay pouted, showing a full case of Lower Lip Syndrome, and complained all the way about getting fouled. We arrived home around midnight. As my wife asked me how our day had gone, the light went on over the patio at the back of the house and we heard the distinctive sound of a bouncing basketball.

I ran outside and there was Jay, practicing. I asked him what he was doing. He replied, “I’ve always done the Daily Dozen Drills because you told me to. Tonight I’m doing them for me. Next year I’m going back to Huggins’ camp ready to play.

The next year Jay led the nation in scoring. He averaged 40.1 points per game and he still was only about 5’10 and maybe 140 pounds. He went on to become an All Big 10 guard at Ohio State where he holds multiple season and career records to this day.

Jay had two things that led to his success –

He developed both skills through repetition. That’s right – the Basic Daily Dozen Dribbling and Passing Drills. Day. After day. After day.

You don’t have to wait and hope for a “eureka moment” like Jay’s. This game is about repetition, and improvement can begin as soon as a player decides that he or she wants it. Committing to the repetitive drills can make any player, regardless of athletic skills, become a fantastic player.

As I have seen both in my own home and with my many college teams, you are never too young or too old to develop a high level of muscle memory skills. It just takes your commitment to be the best you can.

We become what we repeatedly do.

Most of you know by now that I love Aesop’s Fables. As a result, I developed Besop’s Thoughts as they relate to basketball.

The Insight: We have called our last time out. The players are excited. You can feel the stress and energy as they come off the court. We are down by two points. A sense of confusion seems to permeate the huddle. Take a deep breath and relax; we have been here before….

The Pep Talk: It is important to prepare in practice for these times. You cannot cover every possible situation in advance, but you can be prepared for this moment. Coach the players so that in tight, tough moments they have learned to coach themselves. They must have the courage, the intelligence and the self-confidence to make great decisions.

Coach them. Teach them. Then let them make the big play!

Beyond
What Can Losing Do For You?

9 Responses to The Daily Dozen