March to Your Own Championship

March to Your Own Championship 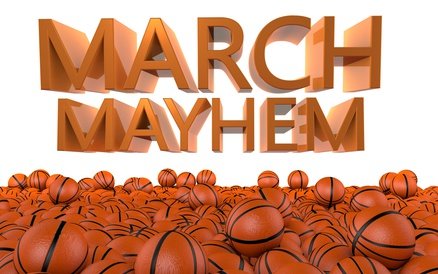 A championship comes in many ways.

The buzz is about the NCAA finals. March Madness and Bucket Day mayhem is wild and frenzied!

Prognosticators galore are making bold statements, from Dick Vitale to Jennifer “the Real Head Coach” Lyle, and each have a certain belief that they have picked the right team!

The Best of the Best

Last weekend I went to Hampton, Virginia to work with Boo Williams’ basketball coaches. If you don’t already know (and every basketball coach probably knows his name), Boo runs a prominent summer basketball league with about fifty coaches at all levels, from third grade to twelfth, boys and girls, that’s headquartered at the Boo Williams Sportsplex, one of the premiere facilities in the country. His name is nearly synonymous with youth basketball and youth sports. A longtime AAU leader, Boo (Marcellus Spencer Williams, Jr.) currently serves as National Chair of the Executive Committee for AAU Boys’ Basketball. His teams are sponsored by Nike and his top team is always among the best in the county. The best of the best in the Virginia area want to play for Boo and be in his program.

What does it take to be a better coach?

Boo asked me to talk to the coaches regarding what it takes to be a better coach.

The first question I asked was, “Do you want to be the best?”

The answer was a resounding “YES!”

I replied, “I don’t want to be the best.” They looked a bit shocked.

“I want to be the best where I am with the circumstances I now have.”

I explained that I may never be John Calipari, but as a Division IIII coach I wanted to be the best I could be at Muskingum University in New Concord, Ohio.

I said, “If you’re coaching Boo’s 5th grade team, be the best you can be where you are. And keep two thoughts in mind:

Be enthusiastic about where you want to go in life and about the things you want to accomplish.

Be grateful – thankful – for the things you now have.

We also talked about what I look for as Nike’s EYBL evaluator, since all the coaches are part of EYBL.

Background on EYBL for newcomers: Nike hired me 12 years ago as a consultant and evaluator for their summer basketball programs, now called EYBL – the Elite Youth Basketball League, which consists of more than 40 Nike-sponsored teams across the country. The teams compete with each other in a series of weekend tournaments that culminate in the Peach Jam, the summer championship tournament that’s held in Augusta, Georgia. The talent and competition is tremendous. I often write about EYBL; some previous posts are here and here.

I evaluate everything but the players. Nike has an entire crew of professionals that does that important job year-round. Here is what I look for on behalf of Nike:

– Coaches who have the interest and development of the whole player in mind.

– Nike cares more about how coaches teach than if they win.

– How the coach interacts with his players, the fans, officials and parents.

– Can the coach control and mange his emotions? Can he transfer that to his players? This is always interesting. After all, coaches really want to win and have to work hard to manage and control their emotions during competitive games.

Being a good role model is important. I also look at a lot of seemingly little things, but they tell me a lot:

– How the team warms up

– How coaches react to officials’ calls

– How players react to officials’ calls

– Do the players play hard?

– How and when do the coaches call time out?

– What do the coaches say during time out?

– How do players react to being taken out of a game?

There are a lot of things that go into making a good coach even better.

The afternoon went really well. The coaches had a lot of questions and we had lots of interaction. I met a lot of great young coaches and learned from them too. Hopefully everyone went home thinking differently about the game how they can be a better coach where they are.

The NCAA starts very soon and the new EYBL season follows quickly. No matter where you coach, be the best you can be where you are. The best always want to get better.

In closing, I’d like to pass on this great thought:

Have a great March toward being the best you can be where you are!

If you liked this post, please share it by using one of the buttons at the left. Be sure to sign up below for my free subscription list. You’ll get my blog posts by email and join a community of hungry coaches who want to be the best they can be. Thank you!