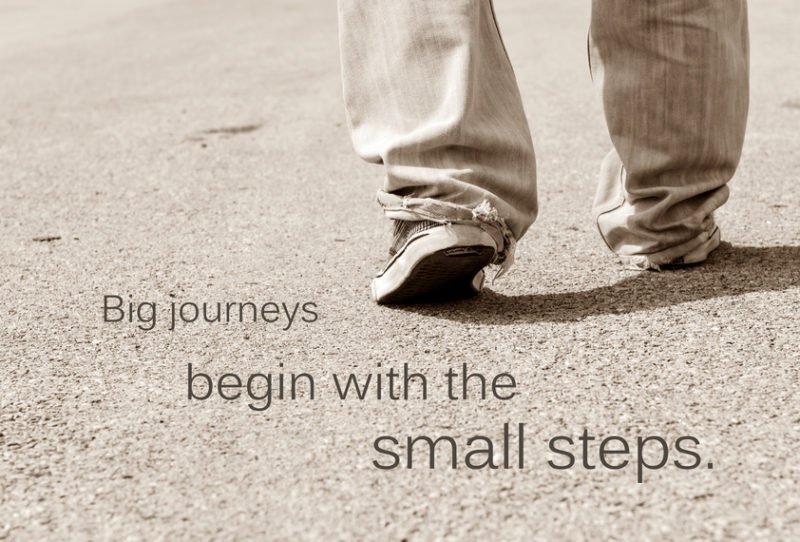 Are you willing to make the ultimate coaching sacrifice?

Nike is placing greater emphasis on leadership in their EYBL games. The 2017 Elite 100 camp featured several excellent leadership sessions, one of which was led by a young man I admire, Adam Bradley, from Lead ‘Em Up. I first met Adam when he and my long-time friend Alan Stein interviewed me on their must-listen Hardwood Hustle podcast after my first book, The Golden Whistle, was published. Our paths haven’t crossed often enough so I was glad to see him again and watch him in action at the Elite 100.

Leadership is one of the core principles of Solution-Based Basketball® and this guest article by Adam speaks eloquently to an overlooked area of sports leadership. I think you’ll enjoy what he has to say.

As the founder of Lead ‘Em Up (a youth and high school sports leadership program), I often get asked what’s the biggest challenge getting coaches to sign up for our program.  Most people would guess it’s one of the obvious reasons: budget, limited time, unfamiliar with Lead ‘Em Up, etc.  Although those do come into play, it’s not the number one reason we see.

The number one reason we see as to why a coach wouldn’t incorporate a leadership/character program is because they don’t believe it’ll produce a quick enough return on their investment.

Coaches want to win and in many cases, coaches ‘need’ to win.

The pressure, desires and urgency are all there and because of that, coaches make decisions that’ll impact today. Tomorrow isn’t guaranteed. We need to win now.

Unfortunately with leadership training, the process is cumulative.  You see growth over time, little by little and the “time” will vary from player to player.

This is why I believe coaches willing to set aside time to coach leadership and character are making the ultimate coaching sacrifice.

The ultimate coaching sacrifice lives in the fact a coach will be pouring into their players despite the possibilities of never seeing and personally experiencing the fruit of their labor.  Sometimes the light doesn’t go off for the player until a year after they’ve left their program.  Perhaps longer.  That’s not always the case but in many cases it is.

If you implement a full-court press, you’ll be able to see some form of resemblance to the press by the end of practice.  On the flip side, if you’re coaching your player to lead and live a certain way, that message may take longer to be received.  But should we not still teach it?

It reminds me of my daughter who just recently turned two.  As of today she has not said her ABC’s despite her mom and I having gone through them with her almost daily for the last year.  Although she hasn’t shown much progress we aren’t going to stop teaching because we know when she gets it, she will have gotten it because of what we have given her.

The same holds true for your players.  You do not labor in vain.  Impact is being made whether you’re seeing it or not. Your sacrifice is being rewarded, you just have to trust the process.

Here are 3 tips to help you make the ultimate coaching sacrifice easier:

We often overlook many of our successes in leadership development because they don’t present themselves in large ways. We find ourselves looking for that Hollywood scene where the team is in trouble and our quiet, reserved player breaks out of their shell, rallies the team and becomes the heroic leader that saves the day. When we fail to see that, we think we’re not making progress. That’s not how it works.

Your player’s growth in leadership occurs in small ways. Remember, it’s cumulative, it’ll start small and it’ll be a series of small things that when put together show a major change and establish momentum.

For example, this past spring I spent the season as the leadership coach on a local varsity baseball team. One exercise we do in Lead ‘Em Up is an exercise called “Head Down, Look Up – Race to Erase.” It’s an exercise designed for our players to help each other’s confidence and better rebound from their mistakes.

The situation was this: it was the bottom of the 5th inning and we were up 8. In Maryland high school baseball if you’re up 8 after 5 you win. We put our star pitcher in to close it down. Unfortunately we allowed 3 unearned runs that inning after the centerfielder misplayed a fly ball.

At the end of the inning, the pitcher started making his way to the dugout when right before he got to the first base line, he stopped and turned around to greet the centerfielder and give him a fist pump and tap on the helmet simply telling him, “It’s all good, we’ve got this, let’s keep going.” The pitcher exemplified exactly what we had discussed a few days priors about “racing to erase” any frustrations, negative emotions in our teammates when they make a mistake.

I can promise you, NO ONE in the entire park that day saw what I saw, despite the magnitude of the situation. Here was a player who had many challenges throughout the year, take a moment to turn his focus off of himself, recall something he was taught and serve his teammate in a major way. He showed control over the moment, not allowing the moment to have control over him. He didn’t possess this ability early in the season.

This small thing… was actually a BIG thing. When you’re coaching your players in more than just the X’s and O’s, you’re winning; you just have to look harder for the wins.

2. Hold on to the sentiments from alumni

Your players come back and remarkably remember small details of things you said or did in practice and games. They begin to show their gratitude for what you did for them and the impact and experience you provided. Every coach I know loves receiving this feedback and almost always comments that they “wish they knew the player cared this much back then.”

Don’t glance over this. This is important. Your players felt what you were doing, at the time you were doing it, despite not having the maturity to communicate it. You pouring into them is filling them up. In a young player’s world, there are a small number of individuals who have the ability to influence over them; you’re one of them. Don’t take that responsibility lightly.

I am so thankful so many coaches in my life were willing to make that ultimate sacrifice and intentionally try to develop me in more ways than just the game. Think back to your journey; did coaches pour into you and did it take some time before you truly “got it?” I’d imagine so.

I wish I could’ve been the person I am today back then so they wouldn’t have felt like they were spinning their wheels to get me going. I’m just thankful they kept spinning.

Coaches – teaching the game and X’s & O’s is critical and essential to your success. You teaching them life, leadership and character is essential to their success. Let’s be thankful we “get” the opportunity to be one of the influencers in our players’ lives.

Have fun and Lead ‘Em Up.

[box style=”rounded” border=”full”]Coaches: You might have a very specific situation you’re trying to improve. I can help: I offer program and departmental advising services and one-to-one private coaching. I invite you to schedule a discovery session to see whether private coaching is right for you. The discovery session is free and lasts about 20 minutes. Click here to learn more and schedule your discovery session.[/box]
If you liked this post, please share it by using one of the buttons at the left. Be sure to sign up below for my free subscription list. You’ll get my blog posts by email and join a community of hungry coaches who want to be the best they can be. Thank you!

Storm the field, the court, the classroom, every day and always help others to do the same.   Wow! What a game! The Buckeyes versus the Wolverines. It lived up to all the hype. Very seldom do [...]

Do your part to balance your ThanksTeamGiving Day. Even when we are thankful for all the great things we have in our lives, Thanksgiving can be a time of stress, particularly if you are the one in charge of [...]

Aspire to work hard! Your dreams will always follow. I'm excited about speaking this week to fellow members of the Appalachian Ohio P-20 Council, a regional organization dedicated to the intersection of student success, workforce needs and rural prosperity. AOP-20 [...]

This Is Why I Coach

Comfort With An I

Ahh, Siesta Key beach at sunset. Comfort! Now add an I. [box]Calling all basketball parents - current and former! Jennifer and I have a new project and we'd love your help. We are working on a digital resource for basketball [...]

Read More
Comments Off on Comfort With An I

Clarity comes from everyday focus. Without clarity in life your today will be unproductive. Siimon Reynolds, in his book Why People Fail (and which I call Why Coaches Lose) talks about clarity of purpose. He tells us that the Reticular Activating [...]